In chess, White determines the initial trajectory of the game, giving Black an immediate disadvantage. Because of this, it can become difficult to prepare against all of White’s possible plans.

Also, with 1. d4 easily known as one of the most popular, yet complex, opening moves, it is important to solidify how you will respond. Many times, it can be a good idea to take your opponent away from the standard replies and into the sharper, lesser-used theory behind the Dutch.

That’s why we present to you GM Marian Petrov’s masterful review of the entire Dutch Defense in his latest 3-hour course!

If you are looking for a new way to take White out of his/her comfort zone, don’t hesitate to learn from GM Petrov’s legendary series describing all of the Dutch lines you can easily implement into your games.

From top-tier game review to the detailed theoretical analysis of Dutch variations, you will be more than ready to surprise your opponent and claim a thrilling Dutch victory! In this course, GM Marian Petrov will guide you through all the possible variations for Black to play in the Dutch Defense.

Specifically, he will cover the following:

What will this course do for you?

Once you have completed this course, you will have enough knowledge to begin practicing what you have learned about the Dutch Defense (and its many variations) into your own games.

Additionally, unlike other Dutch Defense Courses, you will have the opportunity to learn in-depth about every important Dutch variation, which you can use to decide what kind of Dutch player, you want to be!

What you will learn: 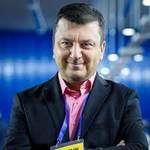