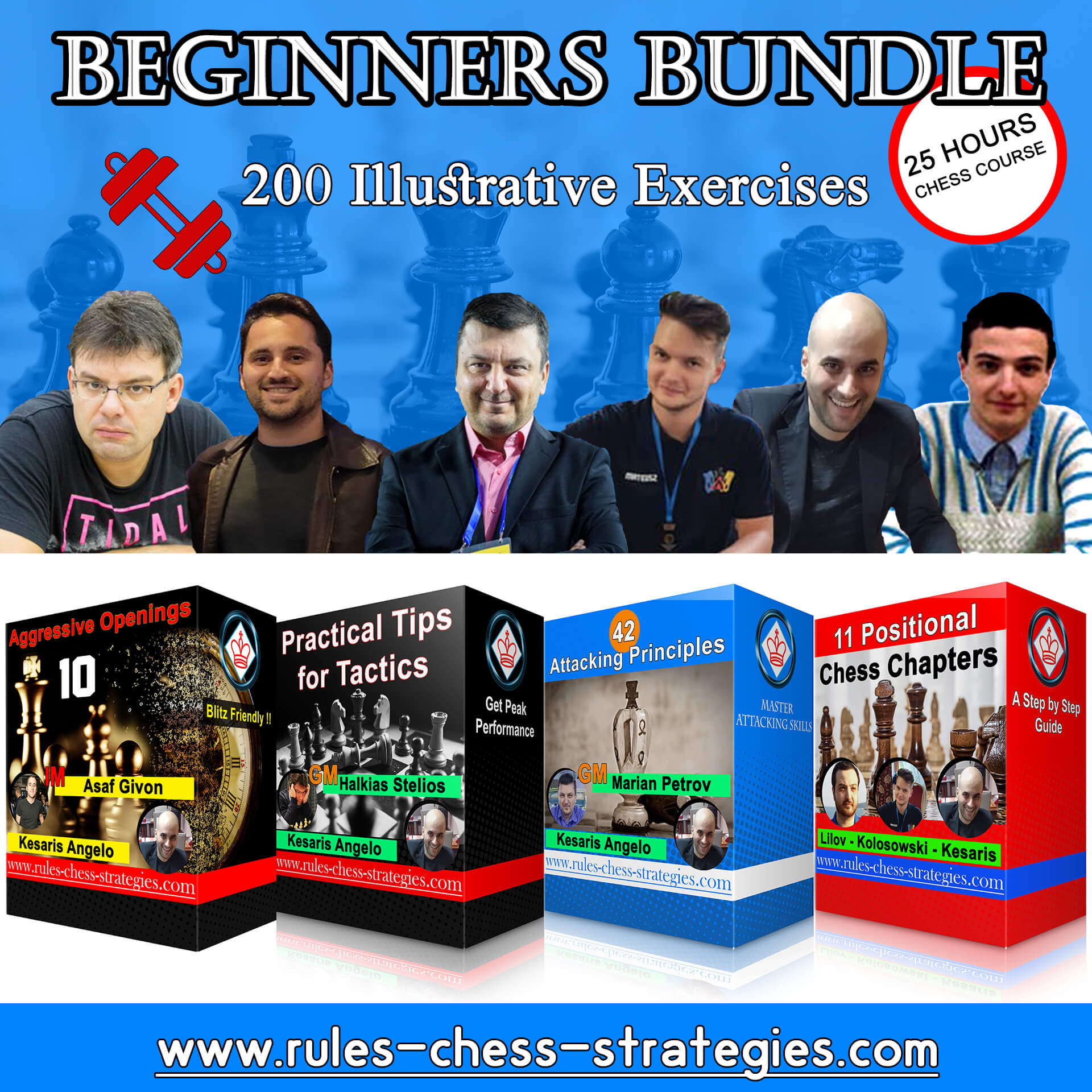 How Grandmasters Use Tactics and Effective Calculation Techniques

Marian Petrov is an accomplished professional chess coach, theorist, and Bulgarian champion for 2002 and 2017, as well as winner of many open tournaments around the world.

GM Petrov is also a FIDE trainer and coach of the team of Wales at the last Olympiad in Baku in 2016. He graduated from the National Sports Academy in Sofia, Bulgaria with a Bachelor’s degree in Chess Pedagogy, a four-year undergraduate program designed to prepare top-level chess trainers.

Asaf Givon is International Master since 2013, with 2 GM norms, he’s close to get the Grand Master title.

He’s an active player for the Kfar Saba team in the First Israeli Chess League. He got the 1st place at the Israeli Open Championship (2013) and was the Israel U-20 Champion (2013 and 2014).

As a chess teacher, he has been happily teaching chess since he was 16!

Mateusz Kołosowski is an International Master from Poland. He is a multiple Polish youth championship medalist.

In 2010 he took 5th place in European U-18 Championship. During the course of his chess career, Mateusz won many international tournaments.

Apart from being a player he is also a chess coach who has experience in working with students from more than 20 countries.

So far he helped a few of them in obtaining their own international titles. Mateusz has also performed live commentary of Polish and European Rapid and Blitz Championships.

Better known as Tiger Lilov, he is a professional chess coach and lecturer renowned for his personalized approach to training students and professional players from all over the world.

Having been an active tournament player all his life, he has won many international open tournaments and championships including the European Individual School Chess Championship U10 (Moscow, 2000) and the Kulaga Memorial International Open (Minsk, 2007).

Learn Anywhere, Anytime and on Any Device

If you like this course, then please scroll up and add it to the basket. I'm looking forward to talk you inside the lessons!