Punish Gambits By Accepting Them

Let's define what the gambit is. An opening gambit is a pawn sacrifice for some other things. I mean that the person who sacrificed the pawn can get other elements; these elements can help him claim the advantage or press for the win. The main elements that one hope to get are:

If you just develop your pieces normally then your opponent can do the same and after 8-10 moves we might have an approximately equal middlegame position. Of course there is nothing wrong with approximately equal positions and the player who apply the better plan can win the game. A more aggressive strategy is to sacrifice a pawn in the opening in order to get development development.

By development advantage I mean to develop your pieces of faster comparing them to your opponent pieces. Having more pieces develop means that you will have more activity. You can imagine a situation with scales and it turned to your favor. Better development is a key factor that it will give you opportunities to create an attack. This is the reason why gambits are so popular in blitz games. In this time format you need to create a strong attack right away to press your opponent from the beginning of the game.

In order to win a game we need the attack. Even if we could have queen and King versus the enemy king, you need to create an attack in order to win the game. So the attack is vital. By sacrificing a pawn at the beginning of the game will create the right opportunities for a strong attack. Things are simple in the attack because the only think that you need to do is to concentrate your pieces against an enemy weak point.

Setting up a Trap

Last but not least, sacrificing a pawn is a very good opportunity to create a trap. Traps are extremely dangerous because one player can capture material but suddenly he can lose something greater or be checkmated.

The above reasons can convince you that you're going to face gambits during blitz games and in rated chess tournaments against amateur players; up to 2000 ELO. Your opponent's will try to crash you for that reason you should know what to do against the gambits.

How to deal with gambits

I need your attention for sometime now because I'm going to reveal something very important. Knowing how to deal against the gambits would help you do improve in chess significantly. It's much easier to play a gambit, sacrifice a pawn and create an attack, but it's much more difficult to defend successfully and anihilate opponent threats. I'm going to give you some tools in order to fight back successfully; these are:

This first tip is something general. By solid systems I mean to have a stable center. For example you can choose Scandinavian instead of Sicilian defense. I don't mean that the Sicilian isn't a good opening, I really love it. Instead, if you like to play solidly then you can choose Scandinavian, so your opponents we will have difficulties in order to create an attack immediately in the first move.

Be greedy // Accept the sacrifice to get material advantage

This one is a very aggressive strategy; if you like to punish a gambit then you should accept it. By accepting opponent's pawns you push him to prove something. He should prove that the sacrifice worth; otherwise he's in danger to lose the game.

Of course this is more risky strategy and you should know what you're doing. It would be extremely helpful if you had foreseen it before, studied it with a coach or with your computer. For that reason it's so useful to play a lot of online internet games. This is a good way to learn a lot of new things.

This is an obvious suggestion but you should be extremely careful with this. You should not exchange pieces randomly and especially you SHOULD NOT exchange your already developed pieces. By exchanging your developed pieces you are highlighting the opponent's lead in development; you can increase it accidentally.

For that reason you should try to exchange only the key attacking piece. Usually one piece could be stronger than the others; this piece could play a vital role in the attack. For example it would be the enemy queen or the light square bishop. You can find this piece by your experience, chess understanding, or if you know the gambit.

We have all fallen into a trap at some point or fail to defend some positions; there is no shame on that. You should not feel humiliated if you lost a game in 5 or 10 moves. It happened to me and all other players as well. Problem be to lose again and again with the same way! For that reason if you lose badly you need to analyze the game and find some improvements.

This analysis will help you to play key defensive move in difficult positions. One key defensive move can change the evaluation of the game. It will take some time, hours or months of study, but it could reward you again and again.

You can search for those key defensive moves in theory or with your computer engine. Nowadays the computer are extremely strong and can refute the majority of gambits.

Take some private lessons with me

Please remember that I'm here to help you. If you cannot find something with yourself then you can ask me. I'm a professional chess coach with very big experience. You can see that my ELO rating is high and this means that I know a lot of things that can teach you and boost your in the next level.

I have a very detailed category in the website called "trainer". You can say it by clicking here.

My usual fee for a chess lesson is 15 euros; but only for you, a member of Rules Chess Strategies website, I have a special discount to 10 euros per hour. Thus, if you already studied the training programs or something you searched isn't ready yet, then you can take some lessons with me in order to reply all of your questions instantly. 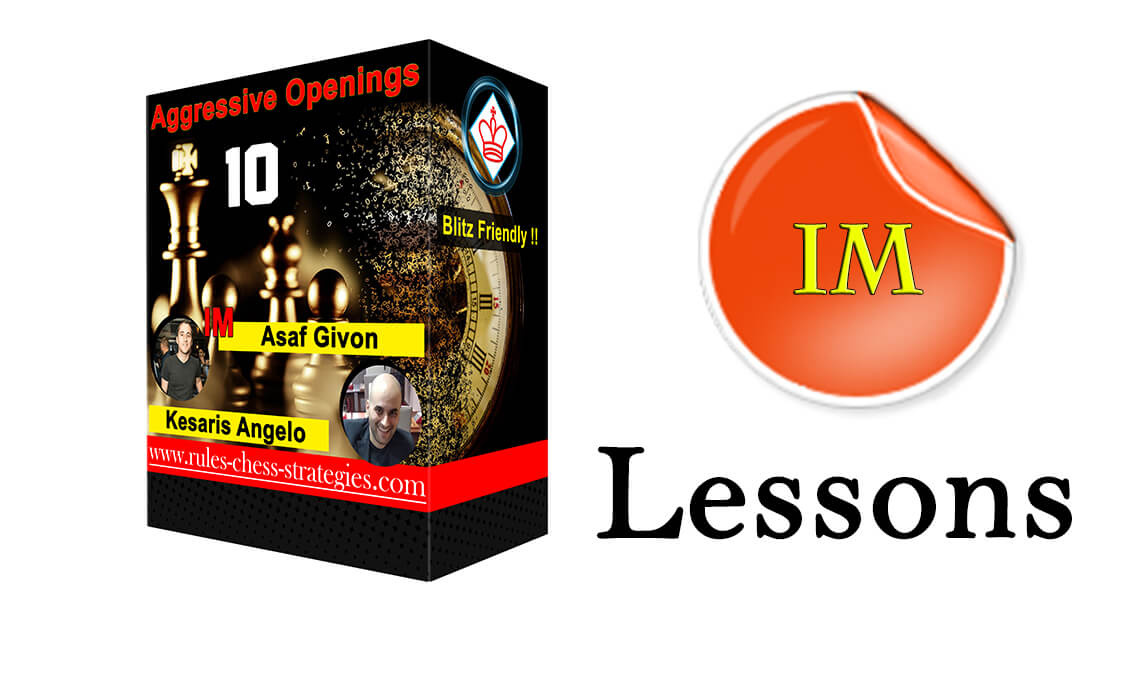 If you like to improve dramatically to the better your opening understanding and start every game succesfully then you may like to study the course "The Best 10 Aggressive and Blitz Friendly Openings".. Please take a look by clicking here.